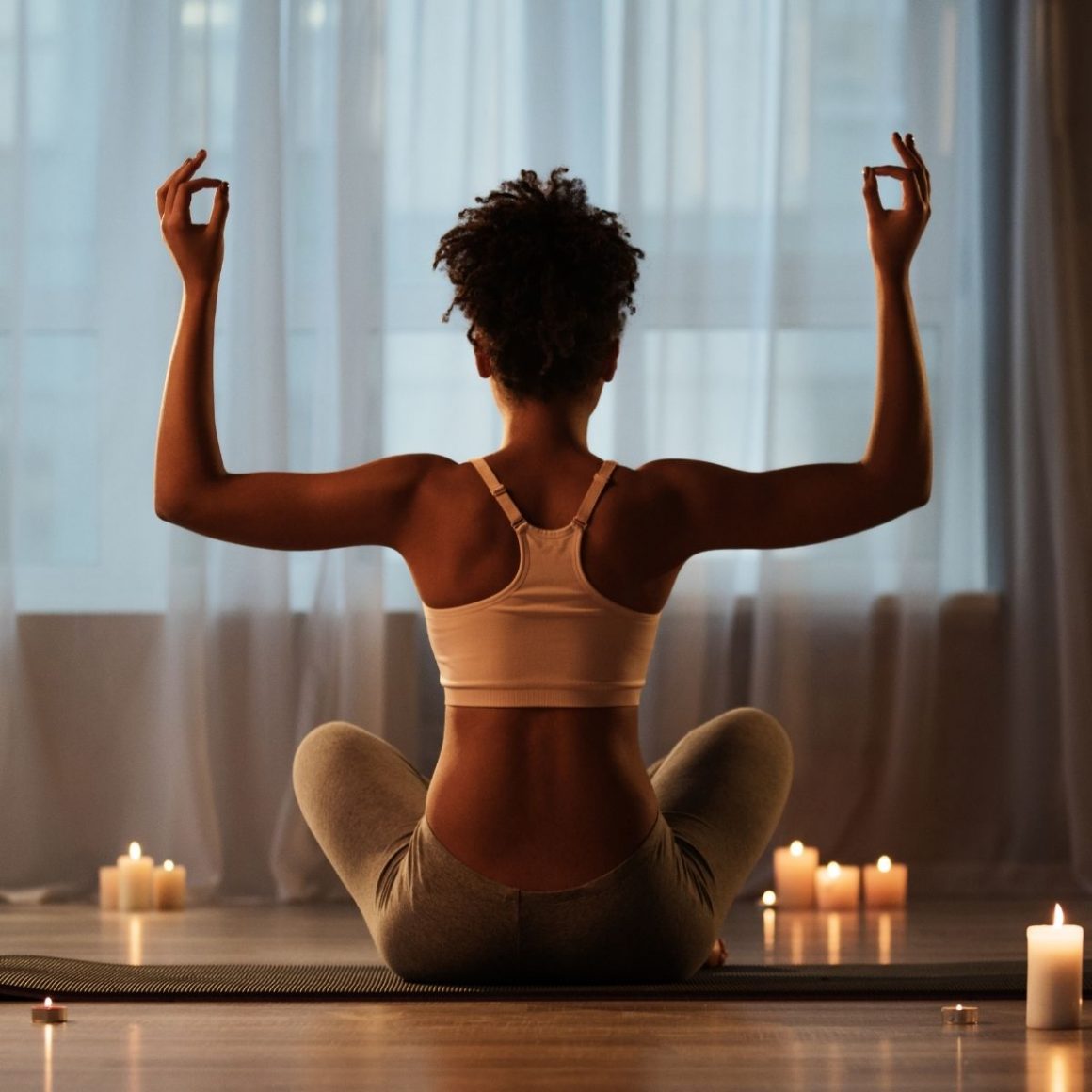 The mind is like water. When it's turbulent it's difficult to see. When it's calm, everything becomes clear.

Based on the statistics, millennial are experiencing more anxiety and depression than generations past. It’s one of the reasons why tools like Yoga and Meditation have become so important to our generation.

Yoga, if done under the instruction of a good teacher, can massively improve your health. The same can be said for Meditation, but not everyone agrees.

It’s highly recommended for a better balanced mental and emotional health, no matter whether you’re depressed or not; but there is a whole group that believes that meditation could actually make depression and anxiety worse.

The mindful nature of the exercise leads to a person suspending all active thought process and dragging his attention to the here and now. 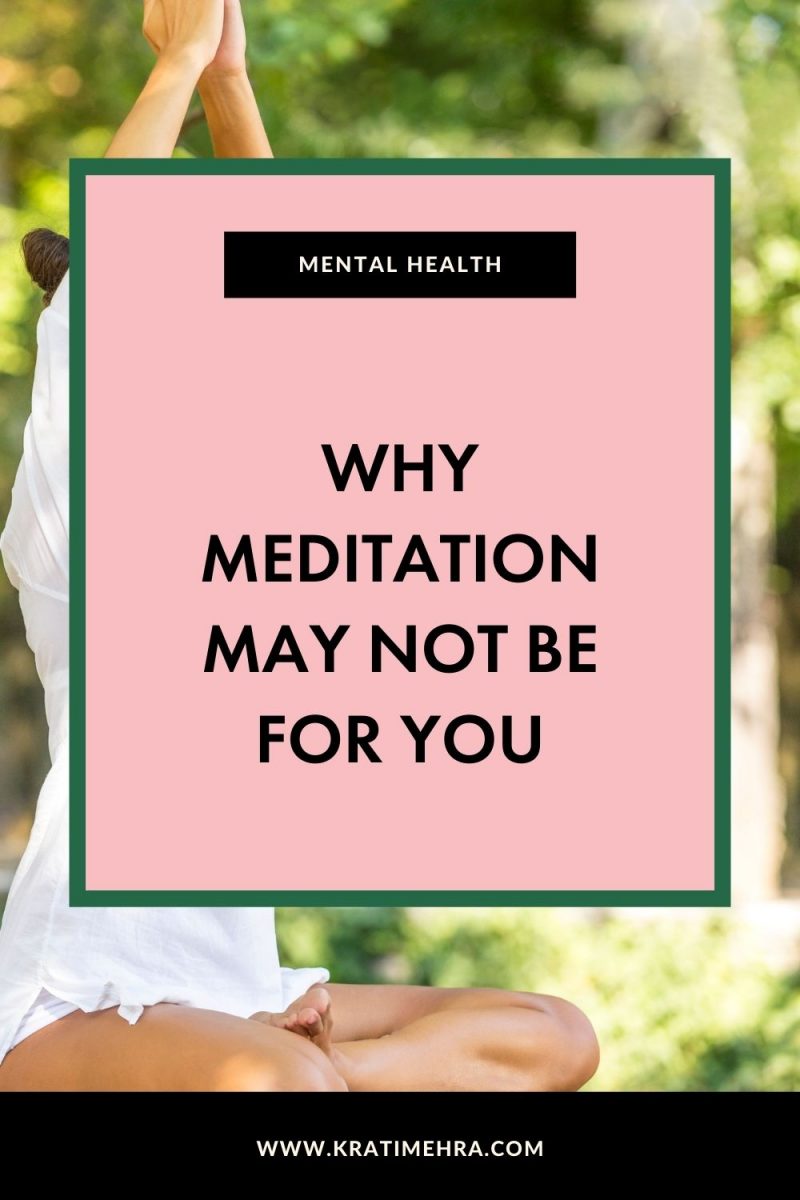 As you meditate, it may result in -

Depression and Anxiety don’t just happen. There is a set of events leading up to the issue – it could be over a short period of time and it could be events leading to the very start of your life – and mindfulness will actually drag your attention to all of these issues. As these issues come to surface, if you’re unaware of them or deliberately ignoring, you will experience a major shock to your system. A lot of people suffer from depression because of trauma and abuse suffered in their childhood.

Mindful meditation may even amplify the suffering by making you aware of every subtle nuance of the issues overwhelming your mental and emotional balance. Again, if you don’t have help in your life, it will leave you exposed to a lot of unhealthy ideas and emotions.

The decision to commit suicide isn’t made overnight. It is usually something that a person plans in great detail, and it’s a result of a steadily worsening mental condition and once the person completely loses grip, suicide becomes a very attractive option. I have been practicing meditation for 3 years but for the first two years, it didn’t work at all. The time spent meditating always resulted in a lot of frustration because I never experienced the promised relief. It was usually followed by episodes of self-harm, verbal self-abuse, or hours of crying.

Then somewhere in-between, I gave up on Meditation. I never connected the dots, but it was the period when I started journaling about my childhood. I examined every painful episode in great detail. Suddenly, I was this objective observer of my own life, and only after I had processed the past issues did I see a positive change.

The past year has been great for me!

Meditation and Yoga have become a part of my daily routine. I meditate twice, sometimes thrice a day and now, it always results in mental clarity. If your mind is a battleground where memories and emotions, negative and positive, are constantly vying for supremacy – mental clarity is the shield standing between you and, almost certain, insanity. Some days, I press pause on everything and process the really bad stuff even if it means I spend several hours crying and get nothing else done. No matter the loss in productivity, it is something I have to do. Meditation always helps me reach such decisions.

On certain days, I know that I don’t yet have the strength to deal with difficult issues and it’s ok to sweep some of that stuff under the rug.

Basically, I have struggled with meditation. It caused me so much pain in the beginning but now, it is one of my most loved activities of the day.

There is a warning attached. It is definitely not for you-

The best thing to do in this case -

1. Deal with the problem issues first

Put down on paper every issue rattling your emotional cage. It doesn’t matter if you think it’s silly. Usually, it’s not the incident itself, but what it represents that you need to analyse.

Discuss it with a friend or family member. Just find someone to talk to!

Saying things out loud can really help. When you share what you’re hugging to yourself, it reduces the impact of whatever you’re sharing. If it’s something scary and painful as soon as you share it, it loses a little bit of its power.

A conversation may actually help you see things clearly. The other person may even help you process and attain closure.

It’s always the best thing to do!

A professional can help you process things in a healthier way. It’s done in a controlled environment reducing the possibility of self-harm.

People struggling with depression and anxiety carry a lot of shame due to which, despite its many benefits, they actively avoid going to a professional.

Meditation leaves the mind free to wander so, you need to find alternate ways that allow you to be mindful without leaving you exposed to destructive overthinking.

You can try physically engaging activities like swimming, cycling, cooking, yoga – anything that requires complete and total attention. Such activities necessitate complete focus. This allows you to be mindful in the best way possible.

It’s also a good way to seek relief from obsessive anxiety, but be careful not to develop a dependence on any activity. It may be healthy but escapist behaviour always hurts us in the end.

Mostly, group activities are light-hearted and fun. It will allow you to find others going through similar issues. Also, such groups usually have an instructor which minimizes the possibility of a negative experience.

If you still experience pain and trauma, you have an entire group of people who can share your experience.

Now, if meditation in itself isn’t working for you, here’s something you can do if you wish to reap its benefit-

It takes time to reach a place of calm.

The power of meditation relies on halting disruptive thoughts which is no small feat.

Instead of piling on the pressure with unrealistic expectations of reaching nirvana with a couple sessions, just start with simple goals. It could be something as easy as going 5 minutes without letting your mind wander.

Trust me, it’s harder than it sounds. Most of us live a very fast-paced life and we rarely stop to allow for a cleansing of any kind.

As I said, we live a fast-paced life. Social Media is a massive part of it. Most of you start and end your day with social media. The first and last hour of the day is when your mind is at its most vulnerable. Whatever you consume goes straight into your subconscious. It is recommended that you protect your mind by consuming only what you would want to have power over your life.

Meditation can be a powerful tool but only if that small period of mindfulness doesn’t get overwhelmed by several hours of toxic consumption. A lot of people believe that meditation can change their lifestyle. It can give you a taste for a different life but it can’t make your decisions for you.

Don’t give up! Do it consistently to see results. More Importantly, do it at the same time every day. Eventually, your mind will be programmed to go into a relaxed state at a particular hour every day making it easier to focus all that vibrant energy.

Also, don’t give up too soon. You have to sit in one position for a while before there can be a shift towards a more restful mental pace.

It’s better if you meditate early in the morning and/or right before bed.

Initially, when I was new to the whole thing, creative visualisation helped me focus and increase the period of mindfulness. It is such a fun way to meditate and it is a lot like self-hypnosis. It allows you to feed your subconscious healthier ideas. To explore the subject further, read the post on creative visualisation.

5. Use Guided meditation Or Music

Try guided meditation and stick with it for a while. You can also try to meditate with light music – whatever you prefer.

Contrary to popular belief, Meditation is not for everyone. It can and does have ill-effects if done without a proper understanding of what it means to meditate. It’s not easy. Having said that, it is not supposed to be as hard as some people make it. The most necessary ingredient is a relaxed mind which means you can’t treat it like a battle. Truly commit to not just the benefits but the work as well. Do it every day at the same hour. Be consistent and pay attention to what your body, mind, and soul is telling you.

The rhythm of the body, the melody of the mind and the harmony of the soul create the symphony of life. 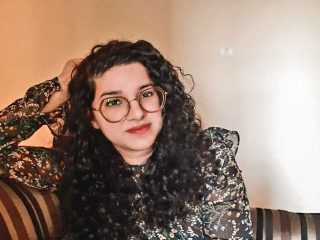 Reprogram your subconscious to let go of past trauma and build a belief system that supports your goals and practice rituals that bring you peace and calm. 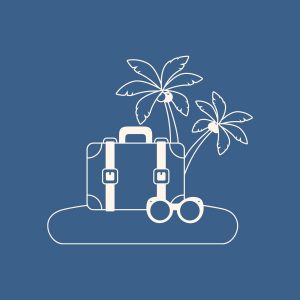 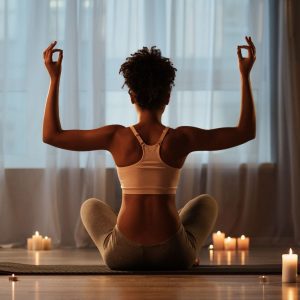 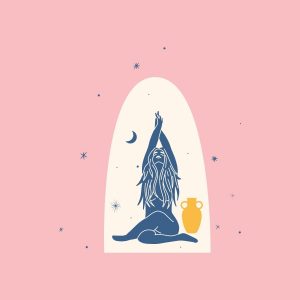 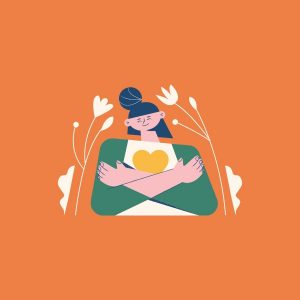 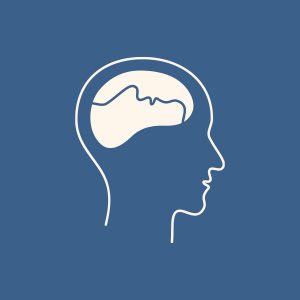 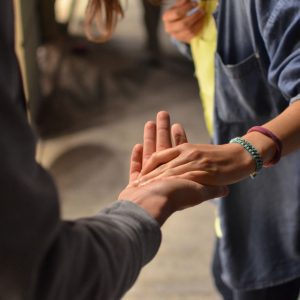 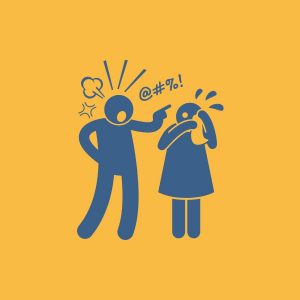 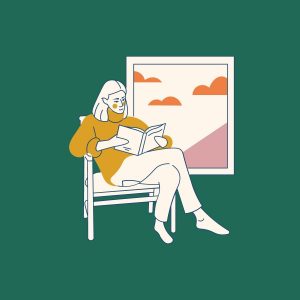 BLOG HOME
WHO RUNS THIS JOINT?

I’m a daughter, mental health advocate, emotional empowerment coach, writer, and podcaster with a passion for transformation that translates to enduring  health, happiness, and success. I believe that through emotional empowerment we can live a life that you can be proud of even on your worst days…that’s the kind of content I share around this corner. We talk about anything and everything that can impact your self-improvement goals, relationships, as well as mental and emotional health. So, Let’s get unstuck and unleashed. 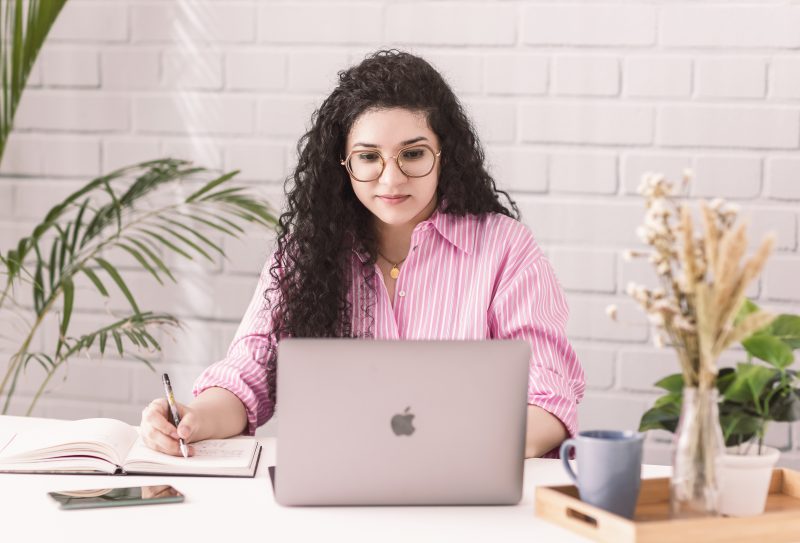 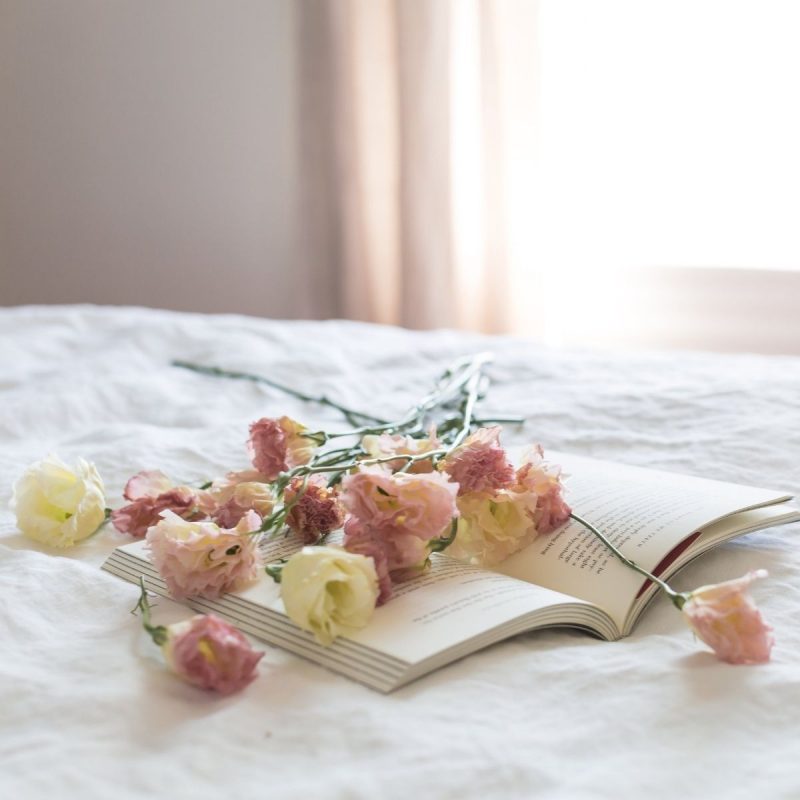 20 Lifestyle Changes To Improve Your Mental And Physical health 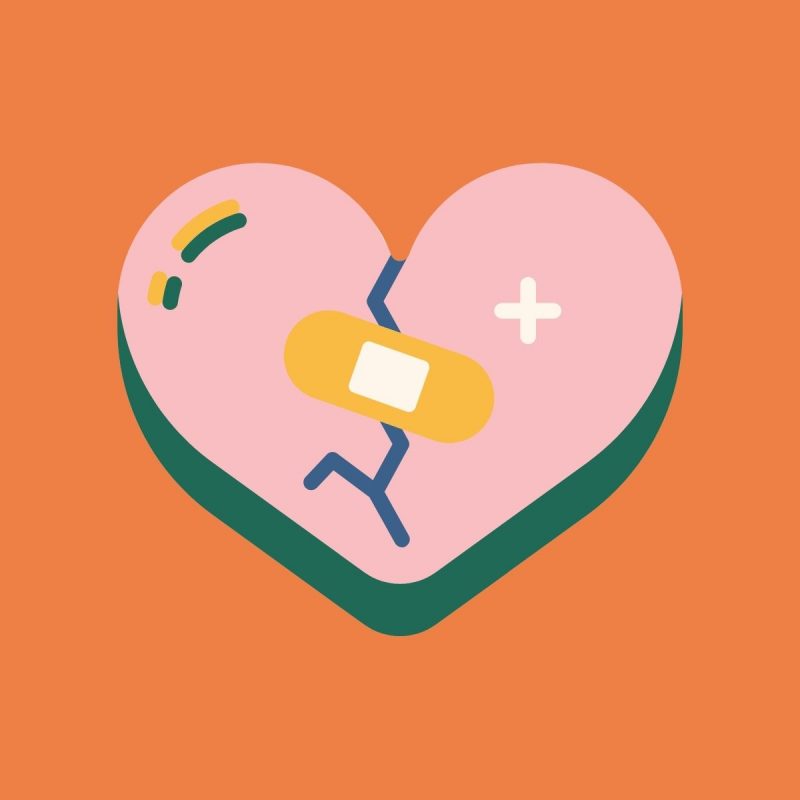 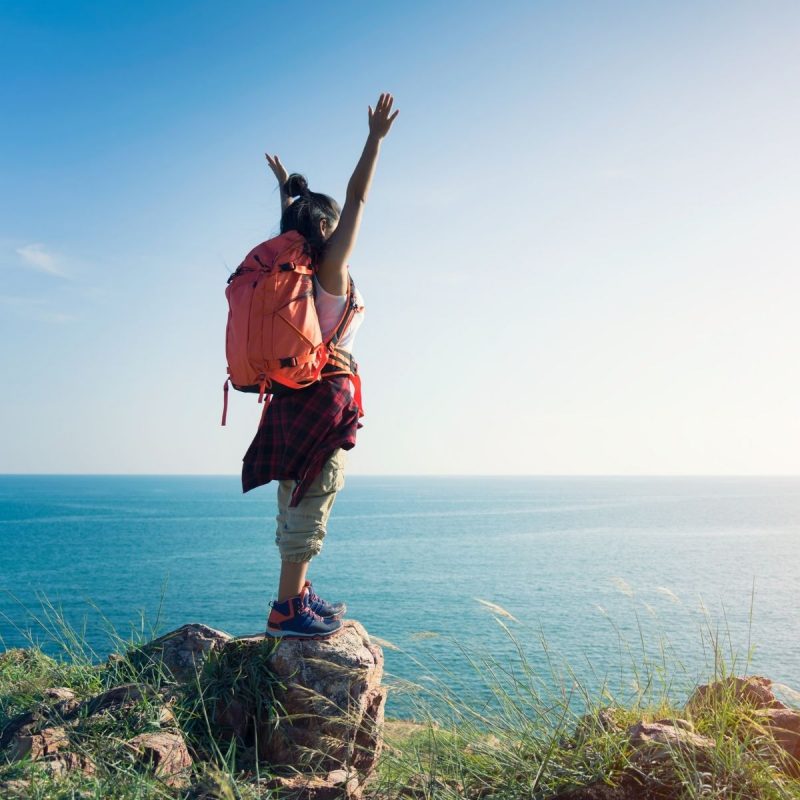 15 Life Lessons I Have Learned From Experience & Experts 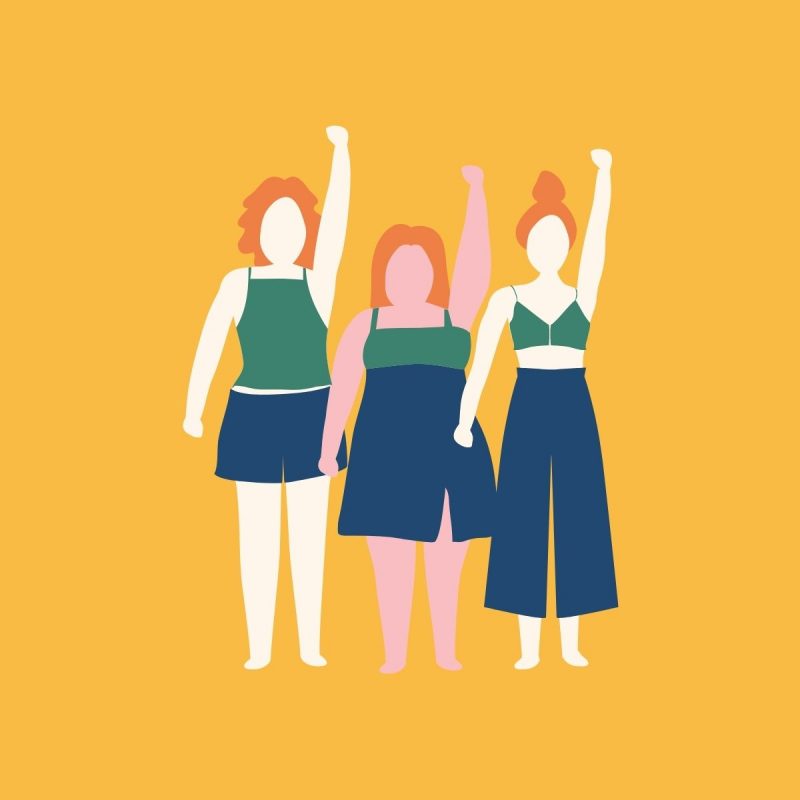 10 Steps To Being An Empowered Single Woman

What Is Your Emotional Archetype?

Power or prison, what role do your emotions play in your life? Are you ruled by your emotions or are you the one in control? How emotionally intelligent are you? In difficult moments, can you carefully understand, manage, & use your emotions to overcome challenges? Find out with this quiz.

Begin your journey from chaos to empowerment with a free training created to help you understand particular aspects of emotional intelligence and how best to build on it.

#2. Managing Emotions During Times of Uncertainty and Distress

Please leave your information and we will send the details for the next workshop to your inbox. 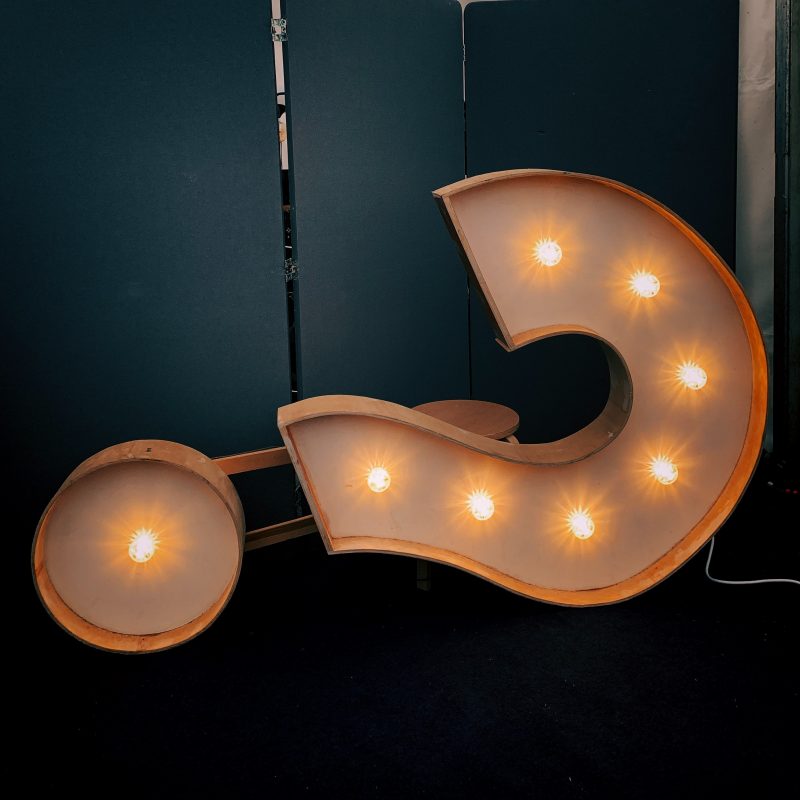